Editor’s Note: This chapter is the first chapter in the final story of the Marietta Mystery series. Future chapters will appear in upcoming editions of The Marietta Traveler. For past chapters, visit MariettaTraveler.com.

Through the noisy train terminal Edwin couldn’t help but notice her. She stood out from the
crowd. Was it her long red hair? The faded light blue jeans & matching t-shirt she wore, or how
confident she looked? He didn’t know the answer, but he was intrigued. 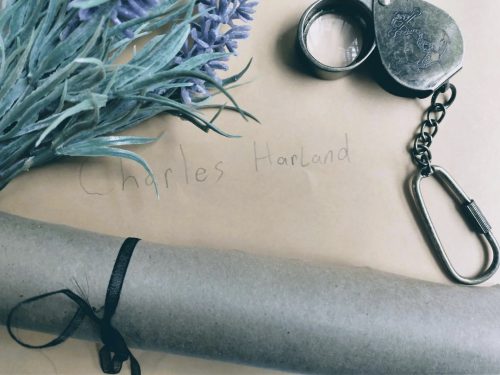 She was about ten feet away talking to an elderly gentleman who was trying to give her a
manilla envelope. She stepped away from him, but not before he thrusted it in her arms. Edwin’s
attention was drawn to a crying child and when he glanced back, both the young lady and
gentleman were gone.

Edwin walked down the steps to the platform and boarded the train. Then he placed his
backpack on the luggage rack and sat down at a window seat.

He had the next three weeks off. He missed home. Edwin missed Sylvia, and Kurt, too.

Choosing to go to college in Philadelphia was an easy choice for Edwin. He was accepted to
many colleges, but staying close to home was a personal choice.

Sylvia and Kurt decided to take a gap year. Sylvia’s dream of being on Broadway faded away.

Kurt still wasn’t sure that being a historian was for him. And baseball was out of the question.

For Edwin, science was his thing. Forensic science. He let his mind drift off to that red-haired
girl. She looked too young to be in college, but she seemed to be okay with traveling on her
own. Perhaps she was older than she looked.

The noise from the metal sliding doors opening made Edwin look up. It was her. And the only
open seat was the one next to his.

Edwin felt his heart racing as she sat down next to him. Was that lavender he was smelling? He
didn’t know or care at the moment. He was trying to think of something to say that wouldn’t
come out weird.

The red-haired young lady shook her head, no, placed her ear buds in her ears and reclined her
seat back.

Edwin stretched his body while yawning and closed his eyes. “This is going to be a long ride
home” he thought to himself.

Edwin woke up what seemed to be a moment later, to hear the conductor yell out “Next stop
Mount Joy.”

The young lady was no longer there, but that manilla envelope was on the seat.

Before Edwin had a chance to do anything else, the train came to an abrupt stop. Then Edwin
joined the crowd of hurried passengers getting off the train, but not before grabbing that
mysterious manilla envelope.

Kurt saw Edwin depart the train. He waved his hands trying to get his attention. A few seconds
later both men manly hugged each other.

“It’s so good to see you” Edwin told Kurt while facing him.

“Right back at ya” replied Kurt. “Sylvia’s waiting for us at Marietta Pizza. I hope you’re hungry.
Her mom has a feast for us.”

Kurt noticed the manilla envelope and asked Edwin what it was.

“To be honest, I have no idea. The passenger sitting next to me left it behind. I don’t know what I
was thinking of grabbing it…it seemed like the right thing to do, but now I’m not sure. I saw an
elderly man give it to her…”

“Okay…yes…her… let’s not get ahead of ourselves, okay?”

Sylvia looked at her watch. According to her calculations, Edwin’s train should have arrived by
now.

“What’s taking them so long?” Sylvia said out loud.

“Don’t worry, Syl. We both know that trains are rarely on time” Claire replied.

“I know you’re right. It seems like forever since we were together, though.”

Sylvia smiled when the door opened and ran to greet Edwin, giving him a big bear hug. After
about a minute she stepped back, giving her friend a good look.

“He’s smitten by a girl” Kurt whispered to Sylvia.

“Uh…Kurt is kidding…” Edwin replied. “Besides, I don’t even know her name and it’s unlikely I’ll ever see her again.”

The foursome spent much of the night catching up with their lives.

Sylvia decided to help her mom at the pizza shop. Any spare time was spent trying to figure out
what she wanted to do with her life. Selling pizza wasn’t it.

Kurt spent a few weeks in Washington D.C. taking in the sights. He especially enjoyed the Air and Space Museum.

Claire was now a junior in high school and was still a science nerd.

Later the next day, the four teens met at the Northwest River Trail to decide what to do about
the manilla envelope.

“For the last time, I don’t know who she is” Edwin exclaimed.

“I think I do” Claire said, revealing a newspaper article. “Edwin, is this her?”

Edwin took the article to look it over.

“I came across it a few days ago. I thought nothing of it until you told us what she looked like.
The article says that her grandfather was a prominent resident of historic Marietta. It also
indicates that he passed away unexpectedly…”

Edwin approached the front door and pressed the doorbell. After the meet up with his friends, a
little investigation revealed that the young lady’s name was Amy Harland. He also found out that
she was a student at Temple University. Her grandfather’s name was Charles Harland.
When the door opened, He was standing face to face with her.

“Oh my gosh! I was wondering what happened to it!” she exclaimed while grabbing the
envelope from Edwin’s hands. “I was minding my own business when an elderly man gave it to
me…I had never seen him before…He thrust it in my arms and walked away…I think he knew
my grandfather, though…”

Edwin thought about the scene with Amy and the gentleman at the train station. His knowledge
about forensic science, though limited, told him that what Amy was telling him was indeed a
clue. Or a series of them. Edwin didn’t realize it, but this next chapter would also change
everything he knew about life.

To be continued in the next edition of the Marietta Traveler! 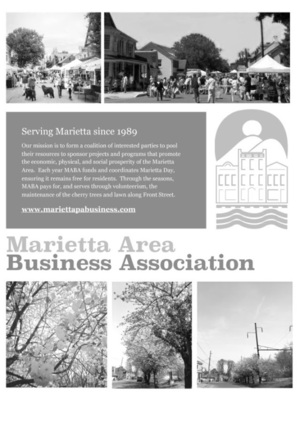