Sylvia stared blankly at the computer screen. The file on the flash drive was password protected
and so far, a list of 15 pass codes she tried didn’t work.

“At least I wasn’t kicked out of the system as of yet” Sylvia thought out loud. “Perhaps a break
will help.” 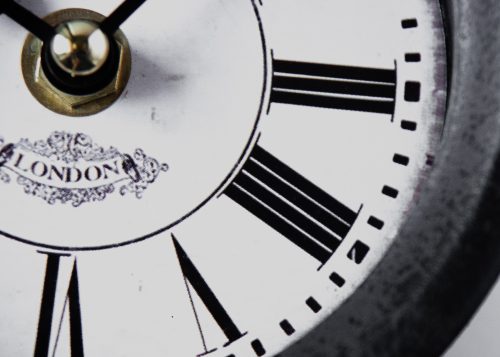 “A break will help with what, Syl?” Claire asked as she entered the bedroom.

“A break from figuring out the password. So far, no dice” Sylvia exclaimed as she got up from
her bed. “How was school?”

“OK, I guess. You’re lucky that your midterms are finished. I still have math and science exams
to take.”

“And you should ace both of those, Claire. I passed mine by the skin of my teeth.”

Heading out the bedroom, Sylvia asked her sister if she wanted a snack.

“No thanks. Ace or not, my stomach is in knots.”

A few moments later Sylvia was sitting at the kitchen table with a cup of hot tea and two
shortbread cookies in front of her. Shortbread cookies were her Aunt Maxine’s favorite snack.
Sylvia liked them too.

“Shortbread cookies. Maybe that’s the password” Sylvia made a mental note to try it although it
seemed unlikely.

Thinking back to the beginning- there were the keys, the sketchbook, the wooden box, the
mantle clock, and the flashdrive.

Sylvia thought about the mantle clock. “Weird how the number four had something hidden inside
of it” she thought to herself. There was something else that was odd about the clock, too.

With a new determination, Sylvia placed the now empty tea cup and dessert plate in the kitchen
sink and went back to her bedroom.

Large cardboard box in his arms, Edwin entered the children’s hospital wing. Setting the box on
the floor at the nurse’s station, he asked the desk clerk where he could put the donated box.

“Oh, Edwin. You have yet more games for the kids? Thank you so much.”

“Put them in the playroom.”

He picked the box up and walked a short distance to the playroom. Once there, Edwin found an
empty space on a shelf and set the box on it.

Edwin turned around, nearly bumping into Doctor Grant in the process.

“Yes, sir.” Edwin replied. “Uh, Doctor Grant, can I ask you something?”

“Of course. What is it?”
“It’s about my friend, Sylvia. We believe that her bone marrow saved her aunt’s life the first time
she was sick. Is there any way you confirm it?”

“Well, I suppose I can tell you that your sentiments are true. I felt so bad for your friend. Sylvia
was so scared, but using her bone marrow was the best way to treat her aunt.”

Just then, Doctor Grant’s pager went off and he excused himself, leaving Edwin more determined to help Sylvia and Claire.

Sylvia stared out of the kitchen window as she was drying the dishes. Claire escaped to their
bedroom to study, which left Sylvia helping with kitchen duty.

Edwin had called her to let her know what she suspected. The news even clouded her thoughts
about finally figuring out the password.

“You barely touched your dinner, Syl. Is everything okay?” her mom asked.

Her mom’s voice startled her, making her drop the dish she was holding.

“Um.. everything is fine” Sylvia answered as she picked up the dish. “Actually, I lied. Everything
isn’t fine.”

Facing her mother, Sylvia told her about what Edwin found out from Doctor Grant.

“Syl, it was your father’s idea to have your bone marrow tested and you were a perfect match.
You were probably 4 or 5 years old. Yes, you saved Maxine. Why are you asking about this
now?

“That nightmare I had when Dana was visiting was about that experience. Dana thought it might
be a memory and I suppose she was right.”

“Syl, you should have told me.”

“I know. I’m sorry. I suppose this treasure hunt is partly to blame. I feel that we’re so close to
solving it, but not yet.”

“I love you, mom” Sylvia said as she gave her mother a big hug.

Just then, the front doorbell rang.

Sylvia let Edwin and Kurt inside.

“So the password was four letter I’s?” Edwin asked.

“That’s what was different about the clock” Sylvia explained to her friends. “It was weird how
the number four didn’t have the Roman numeral ‘IV’.”

“What are we waiting for? Let’s take a look at that file” Edwin said with excitement.

Upon opening the file, they discovered a video. Sylvia grew nervous when she pressed the play
button. Claire held her sister’s hand, as she too was nervous.

Her Aunt Maxine was sitting on a chair in what seemed to be Room Number Four at the Railroad
House Inn. Her head was covered with a scarf, and she was wearing her housecoat.

“Well, hello my beautiful nieces. If you are watching this video, then your treasure hunt is in the
final phase. Both of you are very talented and in different ways, too. And I bet you’re wondering
why I really wanted you to locate one last treasure. All in due time, ladies. First, though, I want
you to find this…”

Their Aunt Maxine was holding up a photo of the apparatus that was hanging on the wooden
white door. The one and the same item that led Sylvia, Claire, and their friends to the
sketchbook, the skeleton keys, and the rest of the clues.

Sylvia stopped the video so she could take a closer look at the photo.

“Claire, I remember where we saw this before” Sylvia exclaimed.

Sylvia, Claire, Edwin, and Kurt stood at the Railroad House Inn on Front Street. Jonathan
approached the group, standing in front of Sylvia.

“Did you bring it?” Jonathan asked her.

Sylvia nodded her head and pulled out the photo.

Jonathan looked at the print, and gave it back to her shortly after.

“Are you sure about this Sylvia?” he asked.

“Let’s do this” Edwin exclaimed.

Upon entering the Inn, the group sat at a table in a private dining room. A short time later, the
owner of the Inn joined them.

“Mr. Martin, these are my classmates I told you about. Sylvia and Claire have been on a
treasure hunt of sorts…as part of an inheritance from their departed Aunt Maxine.” Jonathan
motioned Sylvia to show the owner the photo.

“Mr. Martin, we appreciate you meeting with us on such short notice” Sylvia said while giving
him the photo.

“Claire and I were very young, but I remember that door as well as the…well… apparatus…and I
believe that we can find it here…”

“Well, Sylvia the door no longer exists, but the apparatus, also known as a “door knocker”, is another story.”

Mr. Martin told the group- “The first time your aunt stayed here, which was about a decade ago,
an employee stumbled across it. Your aunt insisted that we place it on the door shown in your
photo…”

Mr. Martin excused himself for a moment. He returned with a large wooden box and told Sylvia
to open it.

Doing what she was told, Sylvia removed the lid and pulled out the relic. She couldn’t believe
that she was holding it in her hands.

“Is there more to the story?” Edwin asked.

“Yes, there is. The gentleman who created it did so to help him heal from a great loss. He
designed it with four words in mind – faith, hope, love and success. The same words that stand
for a four leaf clover. Those words helped him through the worst time of his life. I don’t know too much more about the gentleman, but I do know that your aunt loved both of you very much. This treasure hunt she thought up was to teach you a valuable lesson about life itself…”

Suddenly, Sylvia felt the urge to cry, and quickly excused herself.

Once outside, she let her tears fall.

All this time they spent figuring out this mystery was all about having faith to believe in yourself, hope when all was lost, love in your heart, so you can have a successful and fulfilling life.

Claire slowly approached her and hugged her tightly.

That night, Sylvia dreamed about her Aunt Maxine. Unlike the other dreams, this one had her
smiling. They were walking hand in hand with each other on a white sandy beach at sunset. No
words were exchanged between the two of them as none were needed. All was well with the
world as Sylvia knew it.

As their footprints disappeared with the waves crashing against the beach, a green four leaf
clover washed upon the shoreline. 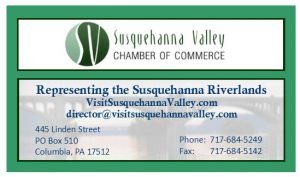