Written by Rebeca Shinsky, Bartender at the Railroad House Inn
Many cocktails are associated with summer and tropical climes, but few are as widely popular as the humble Margarita, a classic drink that has never waned in popularity. 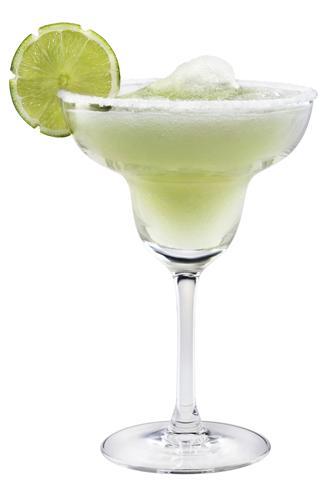 Endlessly adaptable and so refreshing in extreme weather, this drink actually packs a Vitamin C punch! Margaritas are also gluten free, since Tequila is made from the Blue Agave plant instead of grain. Studies show Agavins from the plant help to reduce LDL or “bad” cholesterol, drinking a Margarita may help prevent a stroke or heart attack!

The origin of this distinctive drink is murky, with many different establishments and individuals claiming credit for the Margarita. Popularity of the Margarita increased during Prohibition as many Americans were traveling “south of the border” to procure spirits. One legend recalls the drink being fashioned near Tijuana for a former Ziegfeld Follies dancer who was allergic to many liqueurs, but not Tequila. Another city claiming to be the first is Galveston, Texas, where a bartender supposedly mixed the concoction for actress Peggy (Margaret) Lee. Whomever the original mixologist, we heartily thank her (or him).

Margarita is the Spanish word for “Daisy” and the Daisy is a popular Mexican drink using Brandy. The Margarita is basically an adaptation of this drink, substituting Tequila. The Daisy recipe is included at the end of this article for those interested in taste testing.
The following recipe lists ingredients with suggestions- measure to your preference.
Tequila (Use a medium quality, white or silver)
Triple Sec (or Grand Marnier or Cointreau)
Simple syrup (or Agave Nectar)
Lime juice
Splash of orange juice (½ Tsp)

Use more Tequila to the Triple Sec by 3-4/1.
Fresh lime juice is preferable, whenever possible, but bottled will yield a tasty cocktail, as well.
Sweeten, or not, with simple syrup (equal parts dissolved sugar and water).  Agave nectar is a wonderful substitute and is probably the better choice, being from the same plant family as Tequila.
The tiniest splash of orange juice provides a bit more body to the drink.  Switching out the orange liqueur with orange juice will make for a lighter or “Skinny” Margarita.
Garnish with lime wheel.
Add Chambord for a raspberry twist.
Add Cranberry for a seasonal twist.
The Blue Margarita uses Blue Curacao.

The variations are endless. Serve over ice, “up”, or frozen.
A word on salting the rim:

As with all cocktails, make it YOUR way. Adding the salt will intensify the flavor combination of sweet and sour, adding the signature brightness which makes the Margarita so unique. Sugaring the rim is an alternative when serving a fruitier drink with berries.
The Brandy Daisy
2 oz Brandy
2 dashes rum (Preferably a Jamaican rum like Myers)
2 dashes orange liqueur (Triple Sec/Grand Marnier)
3 dashes simple syrup
3/4 ounce freshly squeezed lemon juice
Serve over ice with a lemon garnish