Thanksgiving holds true as a time of gathering, feasting, and fellowship right before the glimpse
of the holidays kick into gear. There is a dark secret, however, that leers over the waters of
Marietta and York County, casting a dark cloud over Thanksgivings remembered. A cloud by
the name of Nellie Noll. 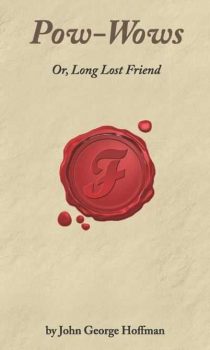 On the night of Thanksgiving Eve in 1928, three men stormed into the home of Nelson
Rehmeyer. The horror that they left behind spread like wild fire over the nation. Talks of
murder and witchcraft had the people of York County and Marietta cast into a dark web of fear.
A long line of grave misunderstandings and ignorance set a man looking for answers on a path of
absolute destruction. 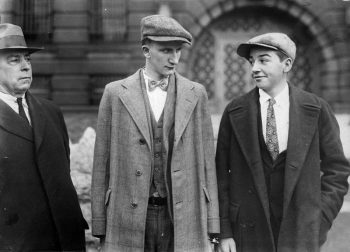 John Blymire was a man down on his luck. Blymire’s wife left him, and the loss of two of his
children left him struggling to hold employment. Always searching for an answer as to why,
Blymire found his way to Marietta within the company of Nellie Noll.
John Blymire and Nellie Noll both practiced the old Pennsylvania Dutch religion of Pow-Wows.
Far from the Native American practice, pow-wowing was a variety of ritual folk magic practiced
by the Pennsylvania Dutch, much of which was rooted with the book The Long Lost Friend;
published by German author John George Hohman in 1820, which presented a collection of
remedies, recipes, and charms to cure ailments and domestic troubles.

Blymire sought the advice of the River Witch of Marietta, who had placed a single dollar bill
upon his palm and declared that upon removal, the key to all of his problems would be revealed.
Once the bill was removed, Blymire believed that he saw the likeness of Nelson Rehmeyer. 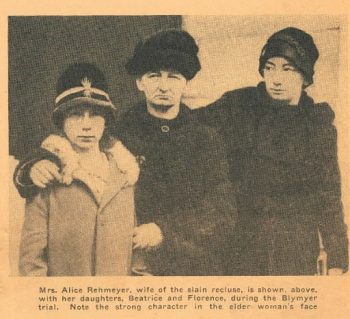 Nelson Rehmeyer, a self-proclaimed witch doctor, resided in a two-story house within what is
now Spring Valley Park (also known as Hex Hollow). A farmer by day, but a recluse at night,
Rehmeyer also led a life of misfortunes. Once married, Rehmeyer’s wife left him after becoming
sick of the obsession Nelson had with white magic. Alice Rehmeyer packed her things, and took
both of her daughters, leaving Nelson to dwell within his home alone.
Blymire now believed that Rehmeyer was the cause to all of his problems, cursed by a friend and
fellow pow-wowwer. In order to break the curse, Noll instructed Blymire to steal Rehmeyer’s
copy of The Long Lost Friend and burn it. Blymire was also instructed to cut a lock of
Rehmeyer’s hair and bury it six feet within the ground. Once these two tasks were accomplished,
the curse would be lifted and Blymire’s luck would turn around.

Blymire left and recruited two teenagers that he had befriended, John Curry, 14, and Wilbert
Hess, 18, to help him in his mission. That night, the trio arrived at Rehmeyer’s home. Knocking
on the door, Rehmeyer let all three in without hesitation. Upon entering Rehmeyer’s home,
Blymire demanded to see Rehmeyer’s copy of the The Long Lost Friend. With Rehmeyer
refusing to produce the book, or denying ownership, Blymire and his two accomplices proceeded
to tie Rehmeyer up and bludgeoned him to death. The three men then proceeded to douse
Rehmeyer’s body with kerosene, and set it ablaze. Believing that the curse was finally lifted,
Blymire and the two boys fled the crime scene. 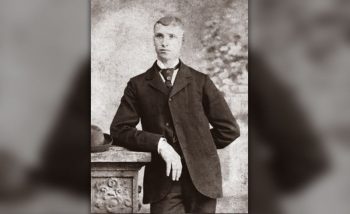 Oddly enough Rehmeyer’s body and his old wooden house did not burn, and his body was
discovered the next day after concerned neighbors noticed that the animals on his farm were
unfed. Blymire, Curry, and Hess were quickly apprehended and stood trial for the murder of
Rehmeyer. All three were found guilty and sentenced to life behind bars. Later paroled, all three
men went on to live normal lives.

Hex Hollow is now owned by the great grandson of Rehmeyer. The two-story house still
remains with it’s charred floorboards and a clock above the stove, frozen forever at 12:01
midnight.

When churchyards yawn and hell itself breathes out

Contagion to this world.