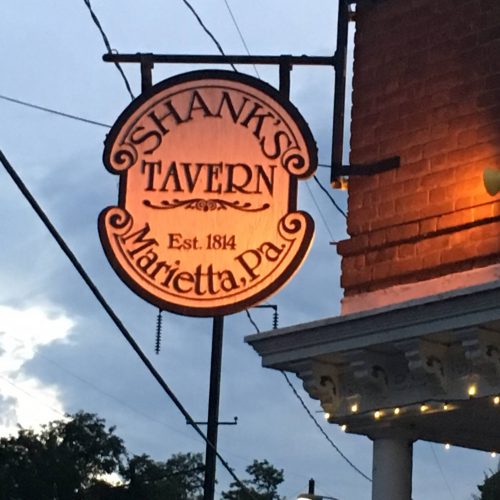 Every town can be broken down into parts. Parts that add glamour, integrity, history, and most importantly, memories. In our historical town, you’ll find a place that has all of those things right on the corner of Waterford and Front Street. Shank’s Tavern is the epitome of our town.

Originally built in 1814 by a retired riverboat captain, James Stackhouse, the Compass and Square Tavern was like a beacon that attracted busy workers off of the canal. While the original entrance was located on Waterford Avenue, it wasn’t until local brewer Ernest Maulich owned the tavern that changed the facade to the way we see Shank’s today. What used to be a boarding house was demolished to build a private residence for the brewer, and the main entrance was altered to face Front Street.

The tavern has seen its fair share of owners, some of which seem to have never left. In 1930 Maulich sold the tavern to John and Kathryn Shank, who renamed the historical tavern to Shank’s Tavern. The tavern was eventually passed on to Bob’s parents Robert and Kathleen. When Bob’s parents got a divorce, his mother Kathleen took over the business and remained active until her passing in 2008 as the day time bartender. Then in the 1980’s, Bob soon realized what kind of treasure he had, and took over ownership of Shank’s Tavern. 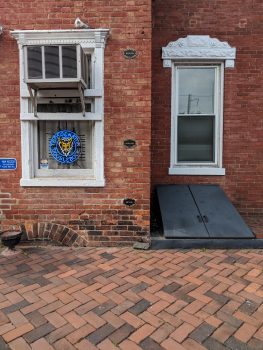 Shank’s has seen it all; from the end of the prohibition, multiple floods, the rise and fall of a booming river commerce, to being one of the twentyeight bars that once inhabited the town when Marietta Air Force Station brought hundreds of GIs out in droves.

You can feel the nostalgia when you walk into Shank’s. During our talk Bob quipped, “if these walls could talk.” Looking around the bar, I can see exactly what Bob means. Shank’s still holds some of the original interworks of the 204 year old establishment, as well as additions that were made over the years. You can see the original floor in the bar as well as the addition of the u-shaped bar Bob’s father built, and the rail tracks that helped to bring in barrels of beer are still visible in the cellar entrance. 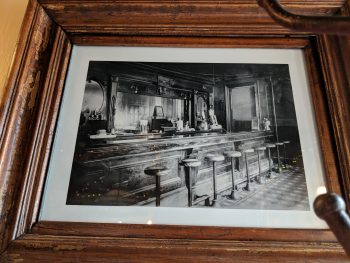 That was then, and this is now. Shank’s has a long existing staff of some pretty amazing people. The bar manager, Tina, has been working hard to get a solid group of entertainers to frequent Shank’s over the years. Anything from participating in the local pub crawls, weekly entertainment, open mic nights, and appearances from Rodman himself. Shank’s has it all. One of my favorite attributes about Shank’s and Bob is the amount of charity work they participate in. From Relay for Life to helping local pet rescues, Bob has given his heart and soul to everything that he has done and it shows.

Mark your calendars for some pretty spectacular events to ring out the year at Shank’s:

If you would like more information about these events, please visit shankstavern.com/calendar/ 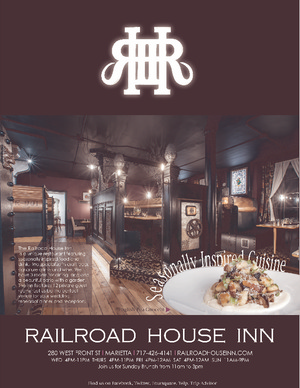