Hello everyone. As summer winds down and the leaves begin to change to their glorious golds and reds, we naturally tend to think of the upcoming holidays, being surrounded by family and friends, and generally having a good time. Throughout our early years, we are taught the importance of these holidays and why we celebrate. One of the biggest and most looked for ward to holiday is Thanksgiving, the day where we break bread together and give thanks for all that we have, watching the football game or listening in the background. Remember, though, that the first North American Thanksgiving was in 1621 in Plymouth, Massachusetts when the colonial pilgrims celebrated the first harvest of the season with their native Wampanoag neighbors, of whom had shared their food with the colonists whose provisions had run short.

Pennsylvania had a host of their own tribes during that time, one of which was located around/near Marietta. We know them as the Susquehannocks and as of today, like many tribes of North America, they’ve disappeared into history. Though it may be a little cliché, I would like to divulge a little information on the subject so that we might remember those that came before us and to reinforce this theme of Thanksgiving.

The peoples of the Susqeuhannock are not known to have settled in Marietta, however, there are traces of their existence found along the Susquehanna river, including Chicke’s Rock. They were most well-known to have settled along the North Bank of the Susquehanna (Lake Osego at Cooperstown, NY to Northumberland, PA) and the West Bank (Sunbury, PA to Sinnemahoning , PA).

Many of their settlements were located at bends in the Susquehanna River, where the outside of the bends are shaped by cliffs and the inside of the bends shaped by vast flood plains. There are even some accounts of there being signs of Susquehannocks on the high, rocky islets in the river. Their main known settlement being located in Washington Boro.

Closely related to and, historically, sometimes part of the vast Iroquois tribe that dwelled in New York, the Susquehannocks were a ritualistic people who looked after each other and their community by way of establishing roles within the community and honoring these various roles through ceremonious thanksgivings. Men were the hunters and fisherman of the tribe while women worked the land to produce large crops of corn, beans and squash and were also known to be avid gatherers.

In actuality, we will never know the Susquehannock’s true name. The original name ” Susquesahanough” was given to the native tribe by Captain John Smith, the famous English explorer who is credited for establishing the first permanent English colony in America. The Susquehannocks had a name for themselves like all Native American tribes at the time, however, many tribes were named by their neighbors based on where they lived. The name Susquehannock is thought to have been an alteration of the term used to describe the tribe by a small branch of the Nanticoke tribe of Maryland. Smith was the first person to ever go into any real detail in describing the Susquehannocks when he first met a small entourage of them at the point the Potomac reached the Chesapeake Bay in 1608.

During that time the Native Americans maintained relationships with the colonials through the trading of various furs and many of the Native tribes were in conflict with each other over trade territories. The Susquehannock were no different. They had taken part in wars for dominance of territory and had won many of them, even against the powerful Five Nations of the Iroquois Confederacy . Their successes would be short lived, however, and by 1667, they had begun to decline due to constant warfare and infectious disease brought overseas by the colonists.

By 1700, the Susquehannocks were all but decimated and after having lost much of their power, they scattered to Maryland and Susquehanna’s West Branch. Over time some of the remaining exiles would return to their home in Lancaster county and would resettle with other uprooted Natives from various tribes to form the Conestoga reserve. Having lost their warlike ways, the Susquehannocks were well received by the local colonials and had lived with their colonist neighbors in peace for decades. Unfortunately, the Susquehannocks were eventually accused of providing information to aggressive Natives taking part in a series of raids after the French and Indian War, and were massacred by members of the militia group known as the Paxton Boys. The act was seen as an atrocity and after two attacks, a reward of $600.00 was offered for anyone who was able to bring the culprits to justice. The culprits who were actively involved were never found, however. 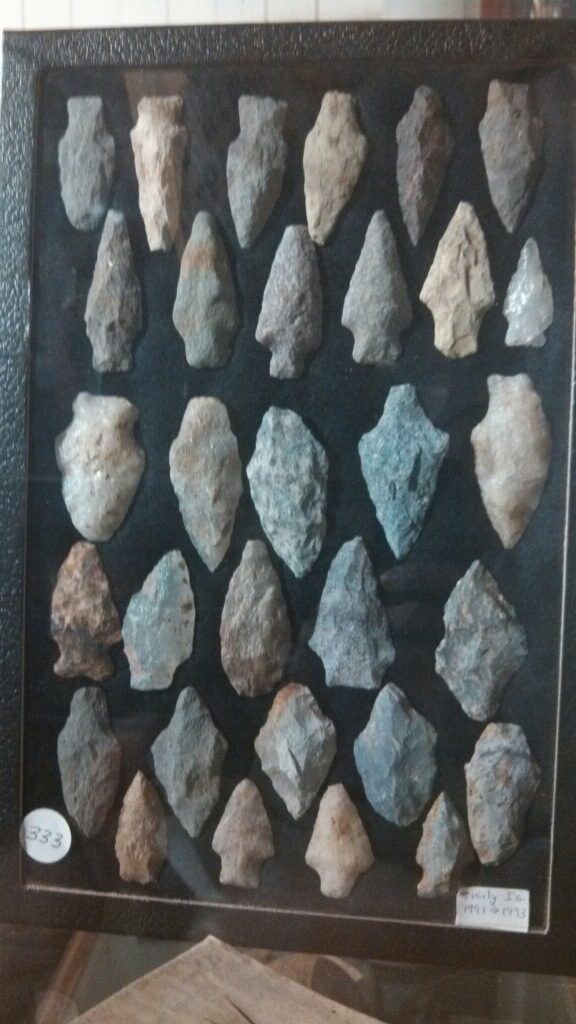 Though there is no real evidence of an occupation of the Susquehannocks anywhere in Marietta, Chickie’s Rock once contained what is thought to have been an Indian Grinding Stone and is possible evidence that a small village existed around Chickie’s Rock. It was originally discovered behind Professor Haldeman’s home at the base of Chickie’s Rock. Professor Samuel S. Haldeman was a well known and respected scientist in the community and was nicknamed the Sage of Chickie’s. His father was a founder of one of the many iron furnaces that were erected at that time and he is thought to be the only American correspondent to Charles Darwin and is even mentioned in Darwin’s masterpiece “The Origin of Species”.

In 1937, the twelve ton Boulder was painstakingly moved into Marietta by a six-man crew using what was then newly developed equipment and oak skids to Henry Hiestand’s home. The dimensions of the boulder were recorded to be 8.5 ft long, 6 ft wide, and 6ft deep. Henry S. Hiestand was an active member of the community and worked for his family’s lumber company B.F. Hiestand Co. To this day, the boulder remains at his one time home and can be found on the east end of town.

So there you have it. Much of the Susquehannock still remains a mystery to this day. However, it must be said that Marietta is notorious for concealing ghosts of the past; there may still be remnants of the tribe yet to be uncovered. The Susquehannocks led a war stridden lifestyle and met with what some would believe an untimely end. Let us honor their tradition of giving thanks for their bounty by giving our own as we are now also part of the land.

As always, thanks for reading! My three sources for this article were “Susquehanna’s Indians” by Barry Kent, “The Scoop on Marietta: A Small River Town” by Lyn Baker Alarie, Wikipedia. Remember that my theme for this year is exhibits within Old Towne Hall Museum. Thanks again! 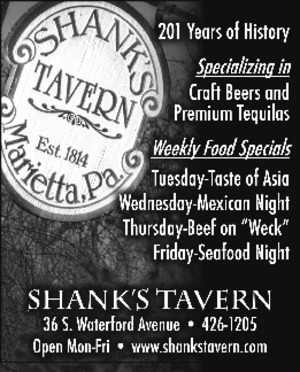